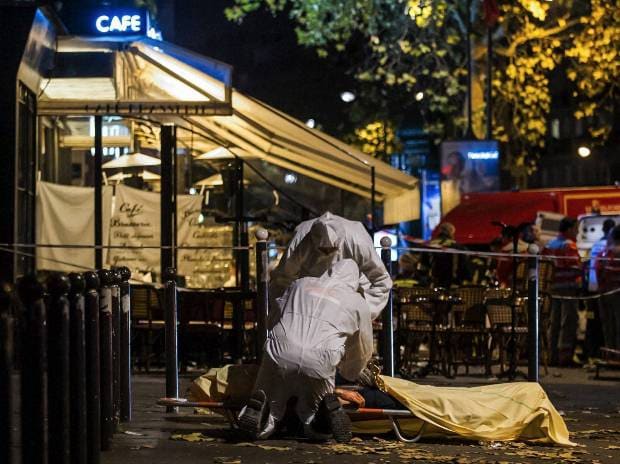 After reading this piece from Haaretz dubbed “In Paris Neighborhood Heavily Hit by Terrorists, Residents View Attackers as Victims,” one wonders if the idea of the “liberal mugged by reality” is itself more fantasy than real-life:

They aren’t angry, at least not at the perpetrators. “They’re stupid, but they aren’t evil,” their friend Sabrina, an administrative worker in one of the theaters in the 11th arrondissement, said. “They are victims of a system that excluded them from society, that’s why they felt this doesn’t belong to them and they could attack. There are those who live here in alienation, and we are all to blame for this alienation.”

The cliche of the left that the right holds – that it’s always “society’s fault” –  is around for a reason: it’s accurate. This amorphous responsibility-generating entity called Society can be blamed for all ills (despite it being difficult to actually hold it accountable for anything).

One member of the group said they had come to the square to demonstrate “unity,” but they didn’t seem to feel solidarity with the victims of the last wave of terror. There were signs calling for unity, but it wasn’t clear what they were meant to unite around.

No one wanted to talk about Islamists or the Islamic State, even after it took responsibility for the attacks and French President Francois Hollande announced that the group was behind them.
It was hard to find anyone at this gathering who would say a bad word about the attackers, and expressions of patriotism were restrained. Perhaps it should be no surprise in this part of town. Most residents of the 11th arrondissement are what the French call “bobo,” bohemian and bourgeois, middle-class academics in their 30s and 40s with clearly leftist leanings.

Remember when it was in vogue to condemn the attackers but not their religion? Even that’s too much to ask, apparently, in 2015. I suppose it’s a step in a more honest direction, sparing certain platitudes and coming clean with the the fact they don’t feel much of anything in the wake of the attack. What’s the French word for “Meh“?

It’s a tolerant area, where migrants and minorities feel safe walking around. Among those who had assembled were several mixed-race couples. Now the restaurants and bars that they frequent every night were attacked and some of their friends were killed and wounded, and they were having a hard time reconciling this with their worldview.

But friends killed and wounded? That definitely provokes an emotional response, hence the cognitive dissonance.

As much of the left sees it, the likes of Marine Le Pen and “Islamaphobia” are to blame for the attacks, and the alienation they allegedly bring about. But missing from the official ISIS statement on Friday’s horror is any mention of xenophobia, Le Pen, or the dangers of the far-right. No, it’s just a bunch of premodern Temptations-of-Babylon-style talk about Paris as the center of “perversions” and “abominations.” And of course lots of stuff about infidels. If fear of being “othered” by white nationalists is inspiring ISIS, there’s no evidence of it from the terror group itself. Indeed, we get bluster and supreme confidence instead, and talk of demon rum.

The left is clearly living in a different rhetorical universe from those they seek to defend. Or at least explain. Somehow.

This entry was posted in philosophy, Religion. Bookmark the permalink.

2 Responses to Cognitive Dissonance in Paris